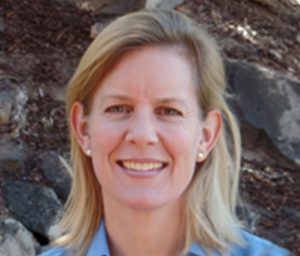 A Stanford graduate, with over 25 years dedicated to development and planned giving, Jan Jennings excels at fundraising in the US, UK, and France. Jan specializes in culturally-sensitive fundraising for well-established charities to help increase annual giving, major gifts, and planned gifts. She can create new planned giving programs or turbo-boost ones already in progress.

Jan closes major gifts and planned gifts that meet donors’ philanthropic and financial objectives. She helps them make the largest tax-wise gifts they can afford, providing stewardship that nourishes lifelong relationships with the charity. She energizes donor-centered marketing and branding.

Sensitive to a charity’s priorities, she can fit into the staff like a spoke in a wheel, while also acting, if needed, as the strategic hub working with senior leadership to help move the charity’s impacts from success to significance.

After working for environmental charities in Washington, DC for ten years and the Joslin Center in Boston, Jan founded Viking Consulting Services in 2006 and moved to Paris, France. From 2008 – 2016, her clients included the Friends of the Louvre, the American Air Museum in Britain, and the Ecole Centrale Paris, a major engineering university, for whom she served as campaign counsel to reach their 75 million euro campaign goal, among others. She was president of Stanford Alumni groups in New England and France as well as her own consulting business.

In 2016, she returned to her roots in Aspen, serving as Director of Planned Giving for the Aspen Institute and helped to confirm over $10 million in planned gifts within 22 months. She also doubled its Heritage Society membership in under two years.

Her earlier jobs included directing the planned giving division for the Joslin Diabetes Center in Boston, a Harvard-affiliated hospital. She closed major gifts, enhanced stewardship for over $20 million of planned gift intentions, and guided senior leadership in policy reviews to protect the interests of the charity.

Recruited by the doctor who discovered eye laser surgery in 1968, she co-founded The Lloyd M. Aiello Center for the Humanities in Diabetes Eye Care at the Beetham Eye Institute of Joslin Diabetes Center. She applied the humanities and the human touch in a world-respected clinical practice and research division to enhance telemedicine programs, international fellowship exchanges, and patient care.

In Washington DC, at the World Wildlife Fund as Director of Planned Giving, she was responsible for securing over $18 million annually in planned gift revenue. Enhancing her team’s efficiency and employing new marketing techniques, she nearly doubled the annual amount of closed life income gifts within only six months.

She started the planned giving program at The Ocean Conservancy and championed the planned giving element of its $10 million Campaign for the Oceans. Prior to that, she worked at the National Audubon Society as Assistant Director of Planned Giving, servicing 20 field offices and over 500 chapters. She also worked for the Sierra Club Legal Defense Fund (now “Earthjustice”).

Jan’s major at Stanford was Modern Thought and Literature, a Humanities Honors BA in 1993. She also competed for the Stanford Equestrian Team, qualifying for the national finals three out of four years. She speaks four languages (English, French, Italian, and Norwegian) and has studied and worked in France, the UK, Switzerland, Italy, and Australia.