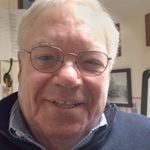 On the phenom of volunteering in our culture people gravitate to “Democracy in America” and Alexis de Tocqueville’s description of this activity as observed in his visit to America in 1831.  He was taken back with how people in America join together to contribute not only money, but also their time and talents to organizations dedicated to the common good without expecting to be paid.

As a nation we have become very good at volunteerism.  A reason is that it contributes not only to the common good, but also to the quality of our individual lives.  A win/win.  And it deserves to be studied because of the enormous impact it makes via the 1.1 million non-profits, plus 300,000+ religious organizations, which operate among us.

The Corporation for National and Community Service states in its 2018 Volunteering in America report that over 77 million of us (over 30% of all citizens) dedicated close to 7 BILLION hours of service last year.  If you take the average evaluation of an hour of volunteer time (it varies by state according to the Bureau of Labor Statistics) of $24.69/hour it comes to a whopping $173 billion worth of volunteer labor.

Further, a study done by The Fidelity Charitable Gift Fund and Volunteer Match found that volunteers also make good donors.  The bonding both between the volunteers and the organization showed them that volunteers give an estimated 10 times as much as non-volunteers.  They concluded that the feared notion that asking your major donors to also volunteer time is, in fact, asking too much is simply not true.

Perhaps this is part of the reason that giving from individuals just last year rose over 5% to reach $287 billion with an additional $36 billion coming from individual estate plans. If you add it all up total giving of cash from all private sector sources of $410 billion combined with a huge volunteer corp effort valued at $173 billion you come up with ($583 billion) well over ½ trillion dollars worth of effort dedicated to the common good and the quality of human lives.

One can only wonder what Alexis de Tocqueville’s reaction would be today.  And, we all should wonder where we all would be without our invaluable and amazing volunteers.

By David Knight, BCC Of Counsel